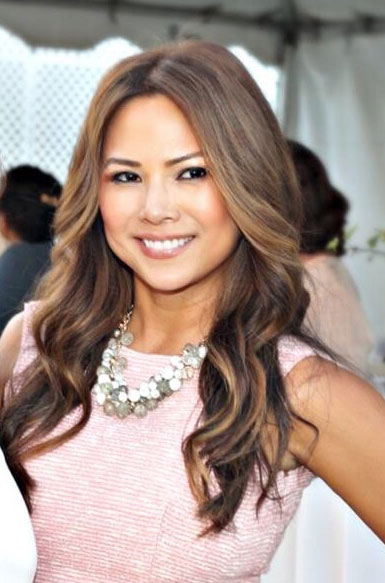 Dr. Trang Chesler earned her bachelors in Psychology at UCLA in Westwood, California.  She then went on to cross‐town rival USC where she earned her Dental Hygiene degree.  She continued on at USC where she earned her Doctor of Dental Surgery degree, graduating ahead of her class.  Dr. Chesler has remained academically active and up to date on the latest dental procedures and technologies. She annually attends continuing education conferences and seminars and stays abreast of the latest research by keeping up with multiple dental publications.  She holds professional memberships with the American Dental Association, California Dental Association, and the San Diego County Dental Society.  Dr. Chesler is also an active member of the Spear Education Study Club.

Dr. Chesler loves dentistry because of the artistry involved and the impact it has on changing patient’s lives one smile at a time.  She truly treats all patients as family and goes above and beyond to get to know her patients. Her top priority is to provide the highest quality dental care with a gentle touch.

Dr. Chesler moved to San Diego in 2004 after dental school with her husband, Matt, who is a Naval Endodontist.  She and her husband moved to Maryland in 2006 where she worked for the Coast Guard, earning an award for Excellence in Dental Care.  In 2008, she and her family moved to Hawaii where she ran the Camp Smith Dental Clinic, providing dental care for many highranking flag officers. In 2011, Dr. Chesler and her growing family moved back to San Diego where they plan to stay.

Dr. Chesler and her husband love spending time with their two young sons and English bulldog Lucy Lu.  She also loves to dazzle her family and friends with her culinary skills, inspired by her chef brother.  Her interests also include photography, fashion, wine tasting, travelling and golfing. 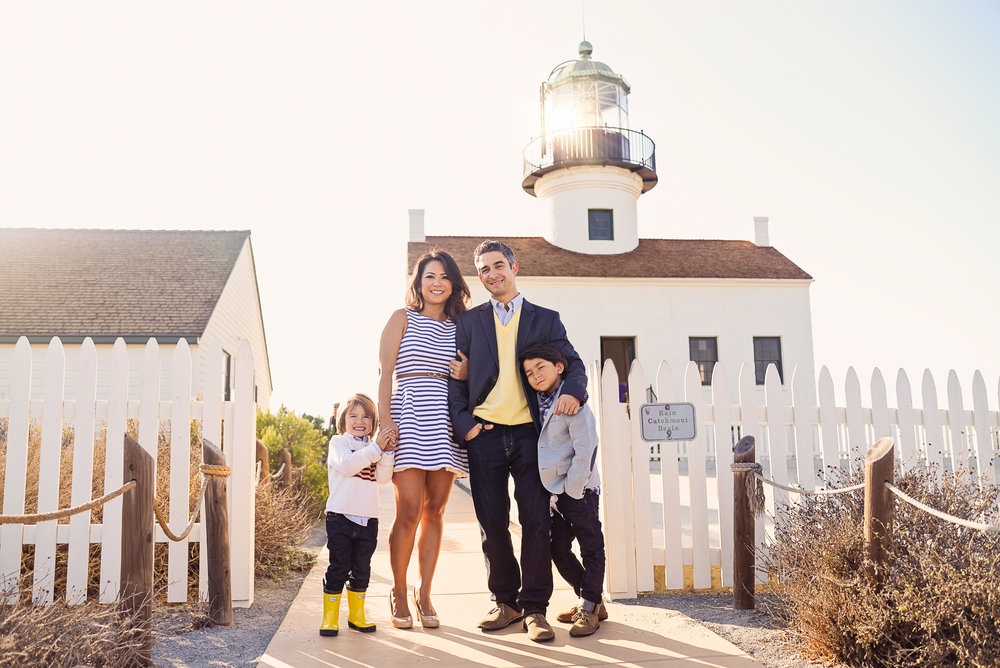 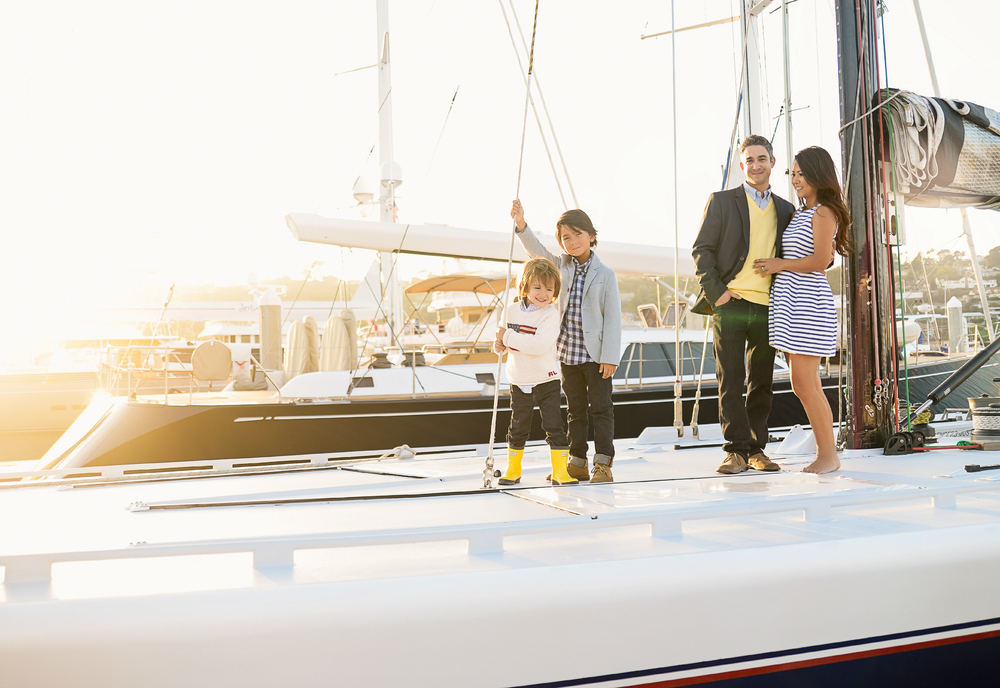 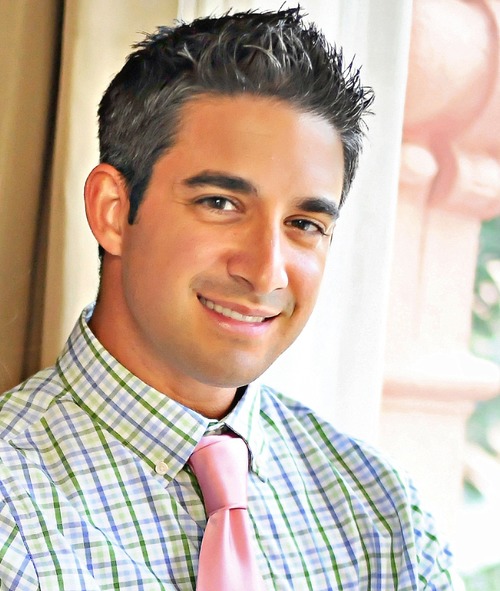 Dr. Matthew Chesler is a native of Wayzata, Minnesota, near the Twin Cities. After high school, he left the “frozen tundra” behind for sunnier days in Southern California, where he earned a Bachelor’s degree in Psychology at UCSD and then moved on to USC School of Dentistry for his DDS degree in 2004. During his studies he received a faculty award for excellence in Endodontics.

While at USC, Dr. Chesler received a full scholarship from the US Navy. He first reported for active duty to Camp Pendleton where he completed a one year residency in Advanced Education in General Dentistry. Shortly afterwards, he became one of the youngest residents to ever be selected for the Endodontics residency program at the Naval Postgraduate Dental School in Bethesda, MD. He completed the program in 2008 and concurrently earned a postdoctoral Master of Science degree from The George Washington University, Washington, DC.

Dr. Chesler has remained academically active. In Hawai’i he was chairman of the annual Tri-Service Dental Symposium, providing lectures to all Oahu-based dental officers.  He is successfully mentoring promising junior officers to follow his training path. Annually, he attends the American Association of Endodontists continuing education program and stays abreast of the latest research by keeping up with multiple endodontic publications. He holds professional memberships with the American Dental Association, American Association of Endodontists, California Dental Association, and the San Diego County Dental Society.

Dr. Chesler (“Matt”) and his wife, also a dentist, have two sons. Matt’s hobbies include 3-putting the greens of various San Diego golf courses, hiking, and posing as potential shark bait when he’s scuba diving.  His main interest is in all things automotive, where he is doing his best to get his two young sons as car crazy as he is. 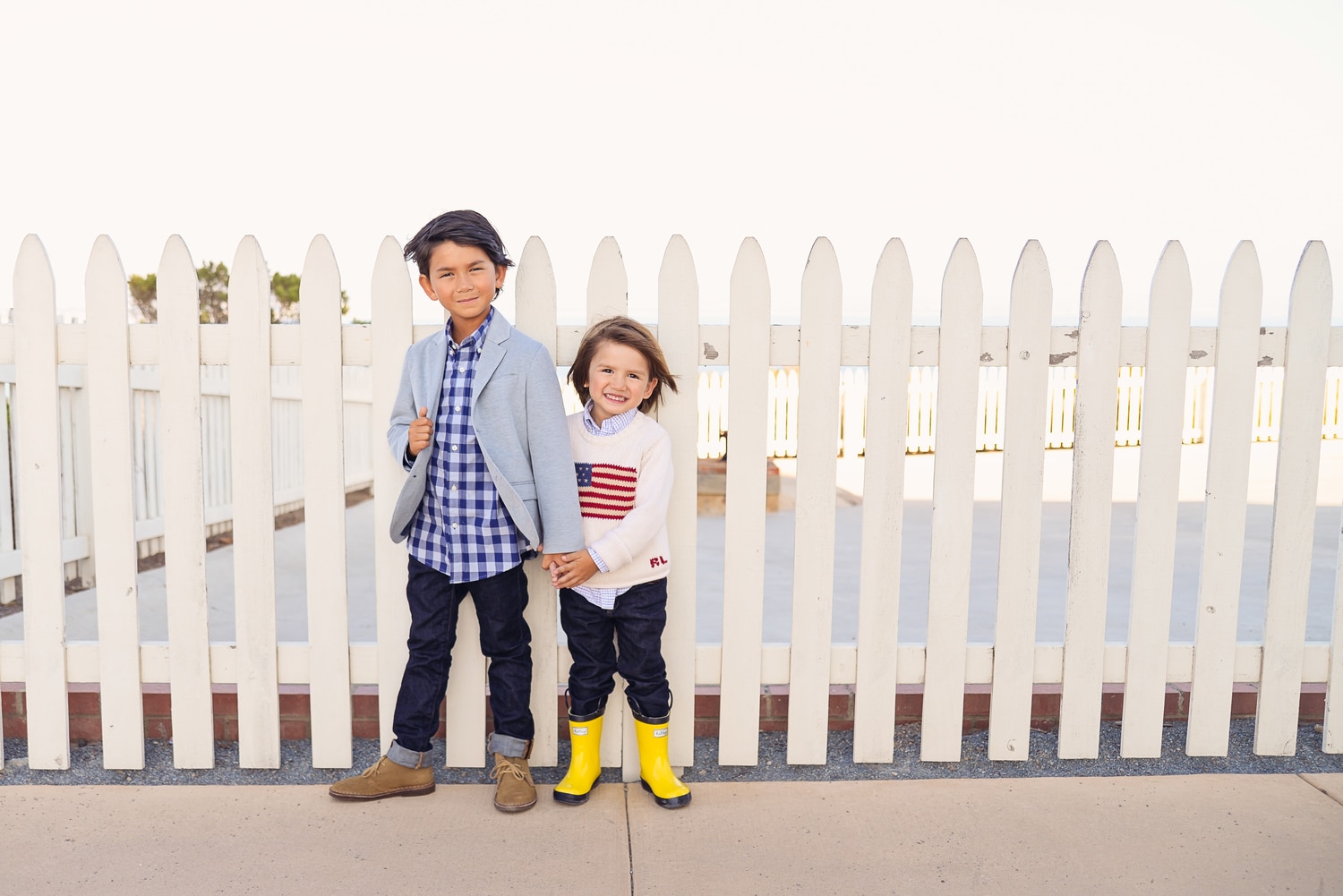 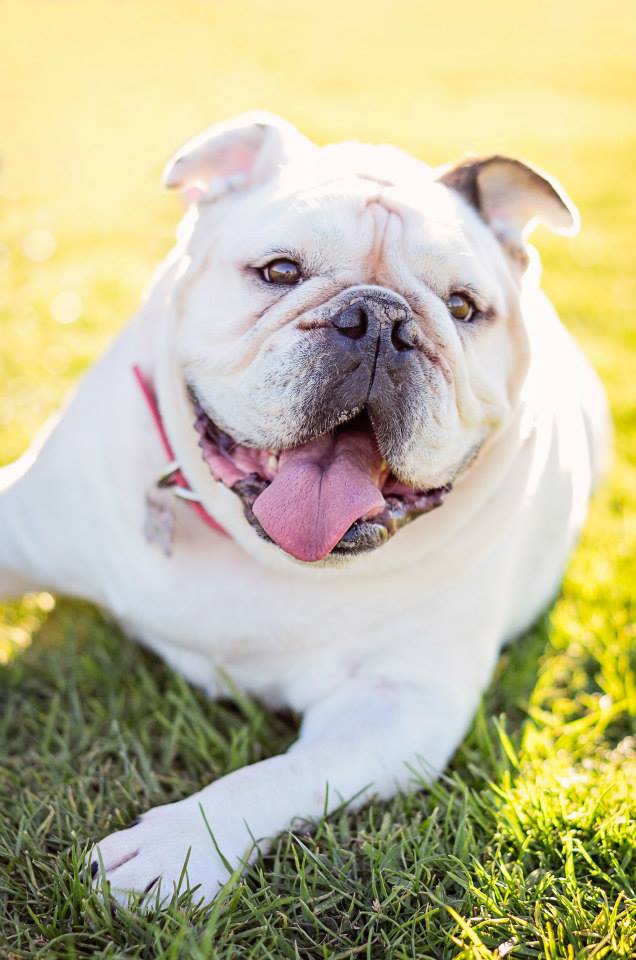 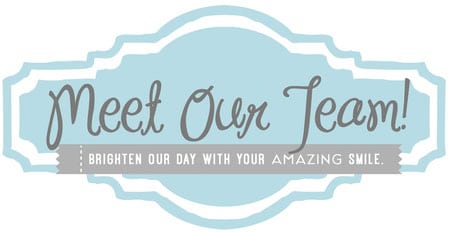 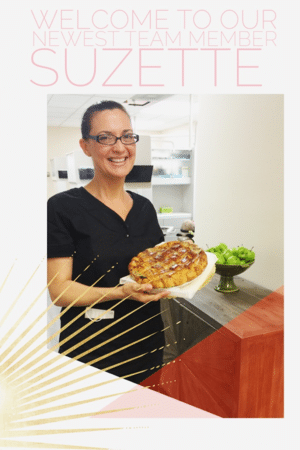 Suzette is a Registered Dental Assistant who has been in the dental field since 1994. She started as a file clerk and found that she loved learning about teeth more. She continued on to reception and insurance billing in a private dental practice in San Diego. She enjoyed dentistry so much that she pursued training in dental assisting and received her RDA certification in 2004. Suzette has been a caring and very proficient chairside dental assistant for over 12 years. She genuinely enjoys patient interaction, explaining dental procedures and just helping patients feel at ease. Her gentle and caring demeanor would put any patient at ease.

Suzette has 3 amazing children and is married to a wonderful husband with 3 children of his own. A modern day Brady Bunch if you will! Suzette enjoys shopping, cooking, board games, hiking, reading and swing dancing.

Suzette is a native San Diegian who was born in Chula Vista.  SHe is a graduate of Point Loma High School. She has lived and worked all over San Diego including El Cajon, Chula Vista, La Jolla, Bonita, La Mesa and Coronado. She relocated to Oceanside from Coronado in 2014 and has enjoyed exploring many sites and restaurants in North County. If you have any favorite places to visit or restaurants to recommend please share them with her when you visit the office at your next appointment! 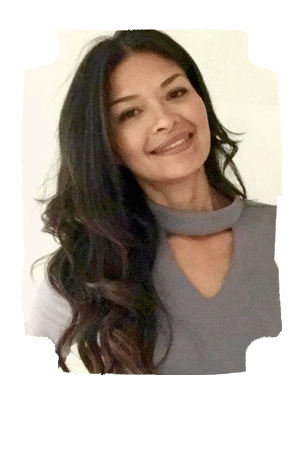 Cynthia has enjoyed working in dentistry for over 25 years. She was a registered dental assistant for 17 years prior to receiving her registered dental hygiene degree in 2011. One of the things Cynthia enjoys most about dentistry is seeing how changing a patient’s smile transforms their lives​. Cynthia relocated to San Diego from Davis, CA to attend dental hygiene school, upon completion she decided to make San Diego her permanent home. Throughout her hygiene career she has had great opportunities to volunteer. She has volunteered for “Give Kids A Smile”, Project Homeless Connect, CDA Cares, Veterans Village of San Diego and has even assisted on some K9 friends. Now that Cynthia’s only daughter is in college, she has more time to do fun activities such as traveling, drawing, running, various outdoor activities and more recently, surfing. 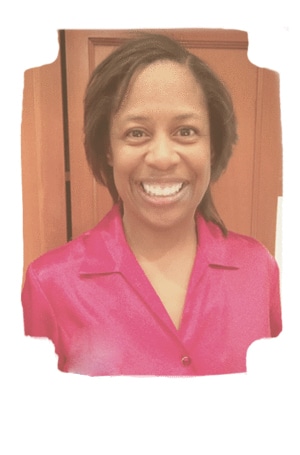 Registered Dental Hygienist, a native of Sacramento, moved to San Diego by way of the US Navy in 1986.  She served in the three years as active duty and two years as a reservist as a dental corpsman.  After her 5 year tour with the Navy Lisa decided to stay in beautiful and sunny Southern California.

Before earning her dental hygiene degree, Lisa worked as a dental assistant for 13 years.  Lisa has been with our Encinitas dental family for 16 years now!  Lisa is full of positive energy and you will never see her without her signature smile.

Lisa’s hobbies include knitting, crocheting and gardening.  As a proud mother, you will often hear her share stories about her lovely daughter Leslie.  She is also a great listener who loves to hear what her patients have been up to since their last visit.  Lisa has an infectious and bubbly personality that lights up the room and we are so lucky to have her as part of our dental family. 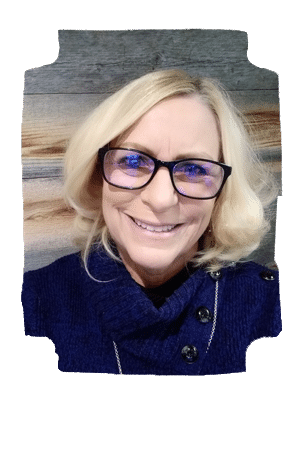 Lorrie started her dental career in the San Clemente area in 1990 as a chair-side assistant. She assisted the Dentist for 5 years and eventually transitioned to the front office. She did the management of the office including insurance billing, scheduling, and welcoming of patients. She really enjoys making patients comfortable and relaxed during their appointment. She moved to Oceanside in 1999 and continued to commute to San Clemente and just recently joined the office of Dr. Chesler. Outside the office she stays busy with grandchildren. She enjoys anything creative. Painting, floral design, sewing and with a glue gun can create anything ! When she wants to relax she heads outdoors to enjoy nature and sunshine, most likely kayaking in the Oceanside Harbor.

FIND US ON GOOGLE+
VIEW ON MAP